Sudeep Sen, poet and editor of the Harper Collins Book of English Poetry by Indians, has been an ardent promoter of the work coming out of the Indian subcontinent. He’s been closely involved in the realization of other anthologies in the past, viz., World Literature Today Writing from Modern India (2010), The Literary Review Indian Poetry (2009) and Midnight’s Grandchildren: Post-Independence English Poetry from India (2004). His own poems have appeared in several Indian as well as international publications. His work has also been widely translated in several languages. A Pushcart Prize nominee for his work in Postmarked India: New & Selected Poems by HarperCollins, he is also on the editorial boards of various renowned journals and magazines.

‘The point and power of poetry is absolute. It is urgent, inescapable and transcendental. Beautiful writing through pretty phraseology is only a very small fraction of the entire art form. There is much more beyond this narrow notion of aesthetics. Unlike prose, which tends largely to be prosaic, poetry is something we humans resort to in our most intimate and precious moments — birth, death, love, rejection, grief, happiness, prayer and so on’.

The interview makes for a fine read and is a strong representation for the quality of English poetry coming out of India. Read more here.

Mark your calendars for Saturday, 29th September 2012. The global 100 Thousand Poets for Change initiative has a local chapter in Bangalore. Come over to Atta Galatta in Koramangala and enjoy poetry readings by the city’s most active poets. If you like poetry and have a heart for social causes, you are welcome to join us even if you may only be passing through Bangalore. Like our Facebook page for all the details of this event or note the updates here.

“Art presents the opportunity to influence change in the global social, environmental and political landscape. Poetry, very specifically, can gather people together for issues affecting the world. As a genre it forms an ideal creative outlet while allowing room for expression without the limits of overly rigid rules.”

An article in today’s issue of The Hindu, by Jessu John, on how 100 Thousand Poets for Change is creating ripples all over the world. In India, events are being held in Bangalore, New Delhi and Pune. 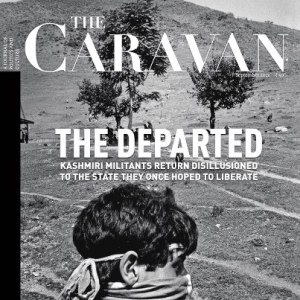 For Mehrotra and some of his contemporaries, the spatial perspective on modernity and the appetite for moving sideways explains much—for instance, why Kolatkar could choose to speak in Williams’ diction in Jejuri; why Ramanujan could reach for Marianne Moore when translating from the ancient Tamil; why Mehrotra, as both a poet and translator, could fashion affinities with the Surrealists, with Pound (in his translations of Prakrit love poetry), and with the idiom of the American comic book (the recent Kabir translations). In his penchant for making the canonical uncanonical, in his inversions of linear progression, and in his assumption that literature is a space rather than an inheritance, Mehrotra is akin to Borges. “A borrowed voice sets the true one/free,”

A long essay by Amit Chaudhuri, in the September issue of The Caravan, called The Sideways Movement, addresses and traces the issues of an indigenous tradition of Indian English writing, tailoring the Emperor’s clothes, so to speak, to suit one’s purpose. Chaudhuri shares how an essay written twenty years ago, by poet Arvind Krishna Mehrotra, The Emperor Has No Clothes, created a commotion by accusing most Indian English writers of the time, of adopting English and its traditions, without any innovations or customizations. In that infamous essay, Mehrotra made statements such as:

Barring a few, most Indian English writers acquire the language they write in and seldom lick it off their mothers’ teats. …. This whole question of multilingualism should be looked at less jingoistically if it is to have any meaning, as I think it does.

Mehrotra was brave, in calling a spade a spade, urging writers at that time to take the medium of English and make it their own.

Chaudhuri goes on to examine the implications of Mehrotra’s essay, which was re-released as part of a collection, in 2011, called Partial Recall. Looking to other poets such as A.K. Ramanujan,  Arun Kolatkar, Nissim Ezekiel, and R. Parthasarathy, Chaudhuri pieces together a trajectory of modern Indian poetry which is multi-layered in its influences and varied in their stance of what constitutes ‘Indian.’

Set aside time and a scholarly bent of mind to get through this essay;)

Mark your calendars for SEPTEMBER 29, for an evening of poetry, music and awareness. I am so very excited to be involved in this event. 100 Thousand Poets for Change (www.100tpc.org) is spearheaded by an American poet, Michael Rothenberg, to bring writers, musicians and artists together, all on one day, in different parts of the world, to raise awareness on issues that affect our society and greater world. To learn more about the Bangalore event, visit the FB page: https://www.facebook.com/100TPCBangalore

I have always been a believer in the power of words to create/promote social change. Mahatma Gandhi, through words and action, was able to arouse a whole nation to fight for their freedom. Martin Luther King through his famous speech, I have a Dream, was able to inspire African Americans to fight for their civil rights. And singers like John Lennon, Joan Baez and Bob Dylan, through their…